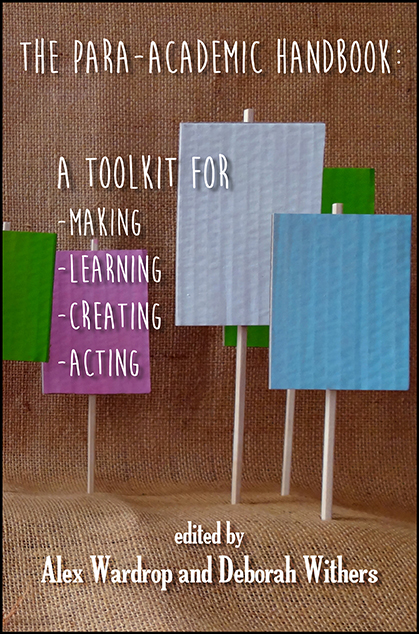 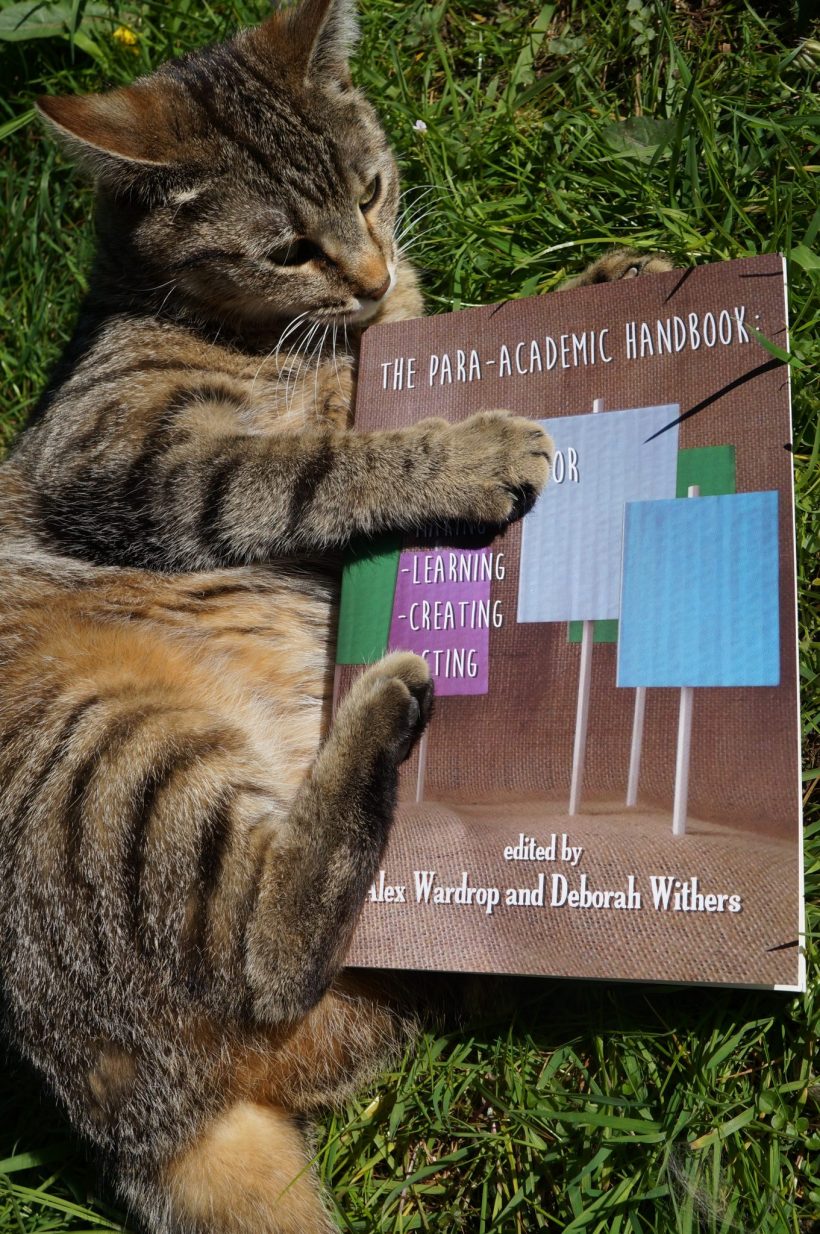 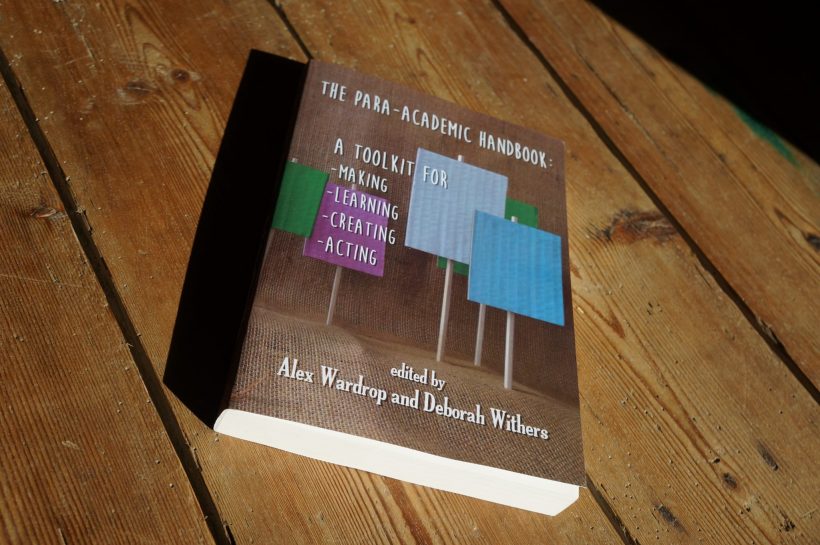 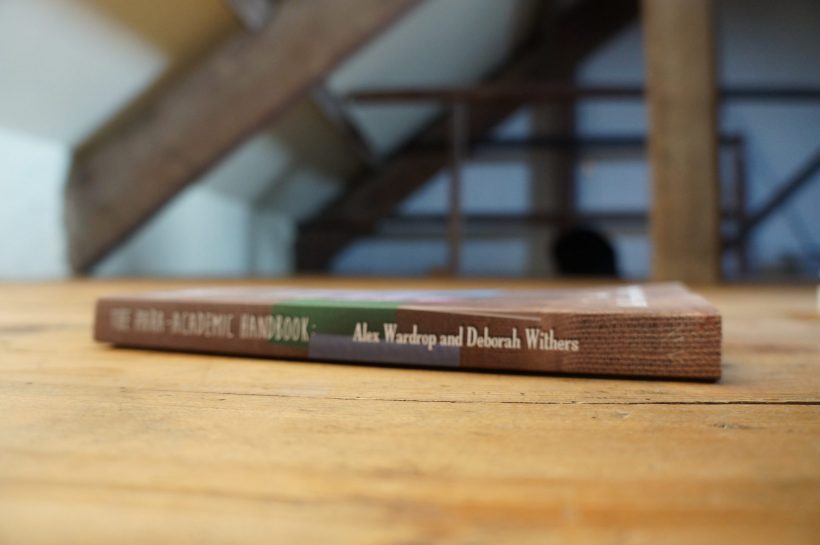 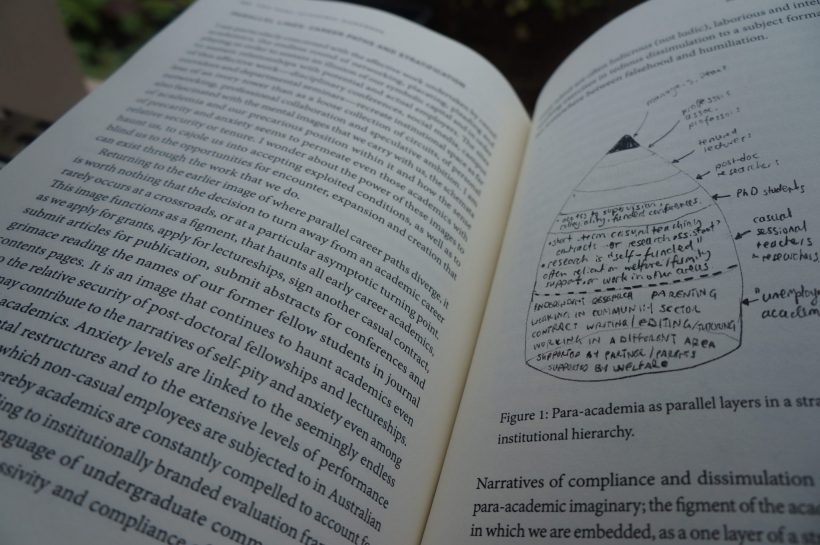 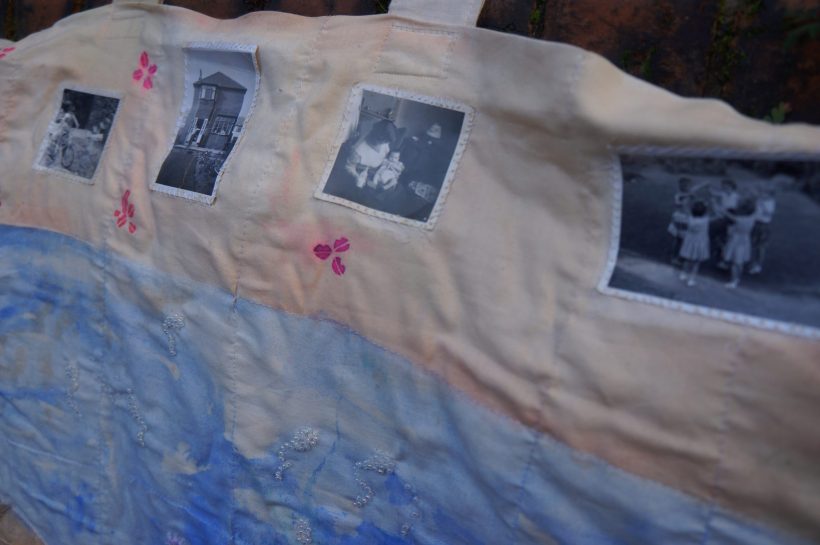 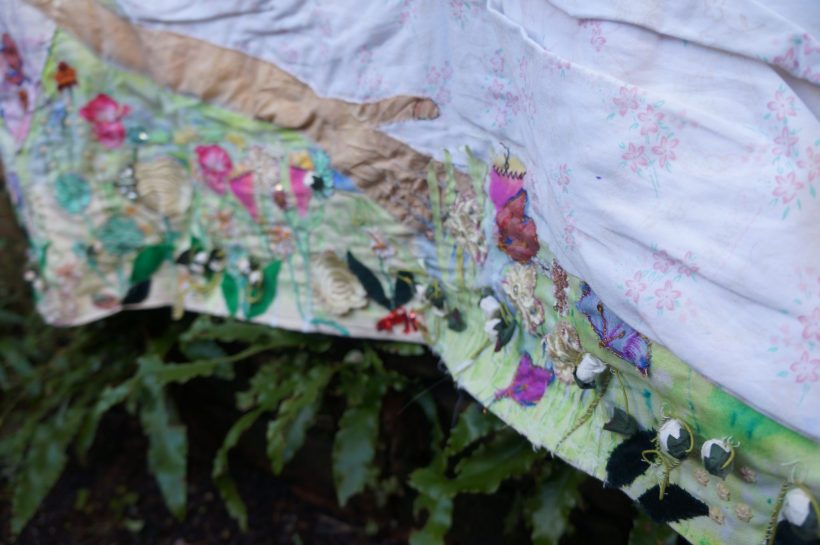 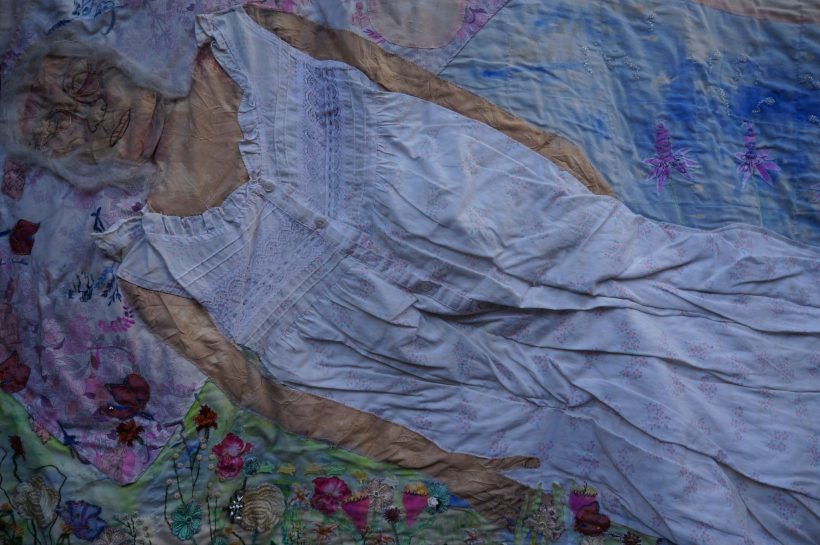 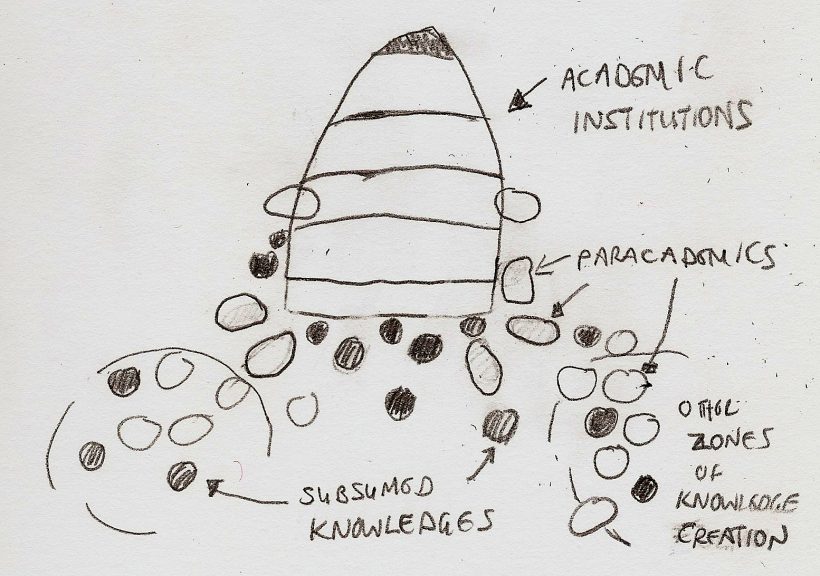 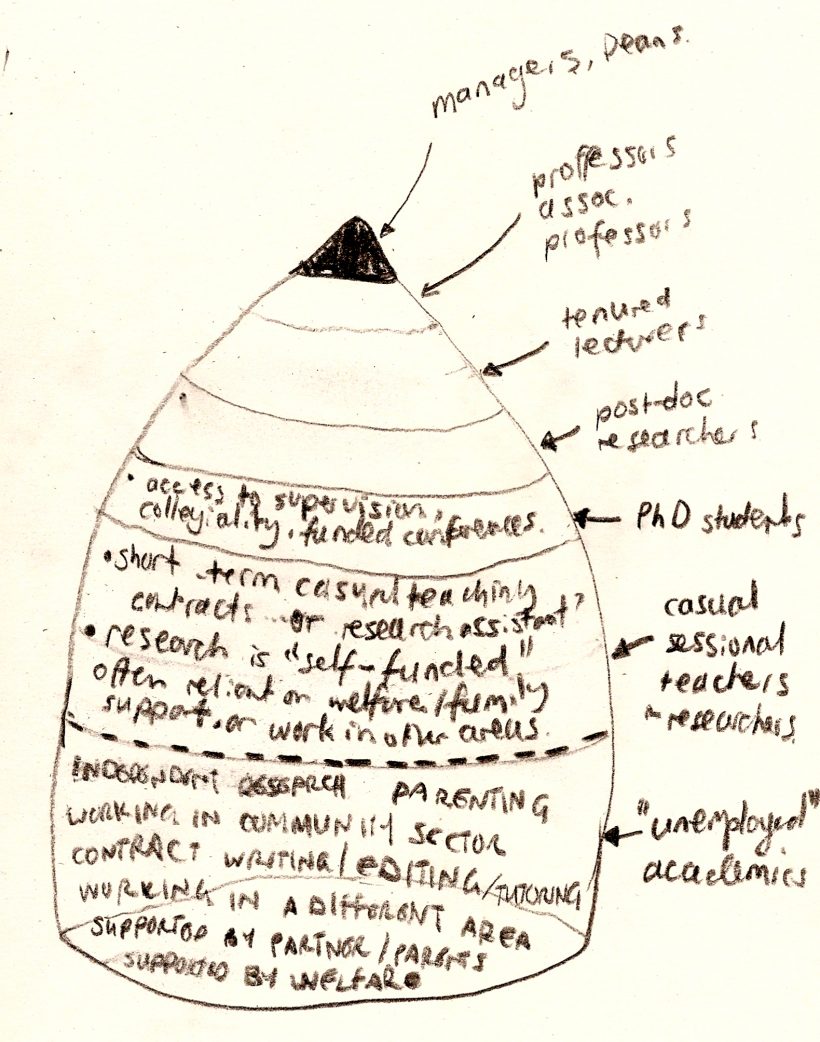 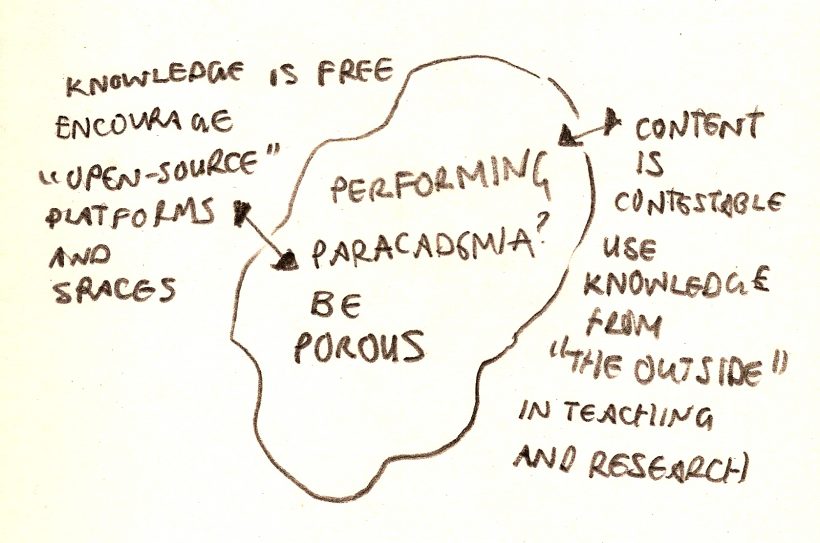 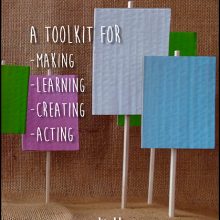 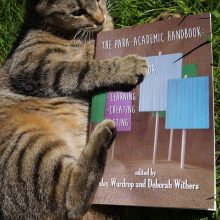 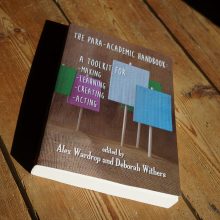 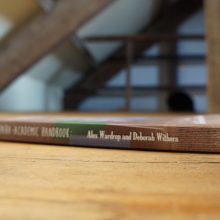 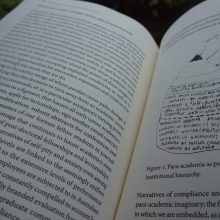 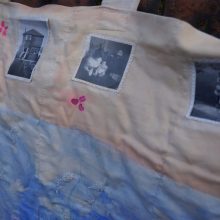 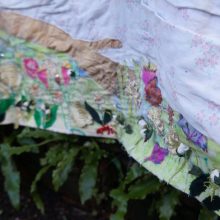 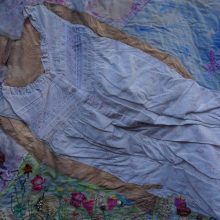 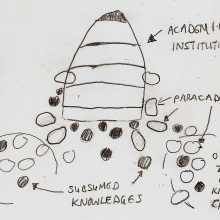 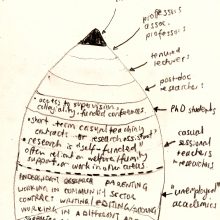 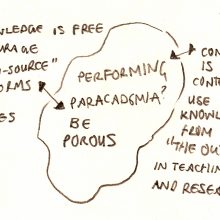 There is a name for under & precariously employed, but actively working academics: the para-academic.

The Para-Academic Handbook: A Toolkit for Making-Learning-Creating-Acting

There is a name for those under-and precariously employed, but actively working, academics in today’s society: the para-academic.

Para-academics mimic academic practices so they are liberated from the confines of the university. Our work, and our lives, reflect how the idea of a university as a place for knowledge production, discussion and learning, has become distorted by neo-liberal market forces.

We create alternative, genuinely open access, learning-thinking-making-acting spaces on the internet, in publications, in exhibitions, discussion groups or other mediums that seem appropriate to the situation. We don’t sit back and worry about our career developments paths. We write for the love of it, we think because we have to, we do it because we care.

‘Academia is dying, and in the process compulsively crushes the desires for learning, creating, teaching, cooperating it claimed to foster. It is a relevant and important political gesture to invent a name, para-academics, for those who refuse to be crushed, who do not sadly dream about a return to the past, when the “worthy ones” were identified and separated from the flock, but inhabit interstices, inside, outside and in-between, activists and bridge-builders where separation prevailed. It is claiming they are alive, not just surviving, and are part of the fragile creation of a collective future worth living.’ Isabelle Stengers, author of Cosmopolitics and co-author of Women Who Make a Fuss: The Unfaithful Daughters of Virginia Woolf

‘This is a hugely important book for anyone who feels (as I often do) alienated or marginalised by corporate academic life. It not only gives a voice to a growing constituency of para-academics; it also articulates a series of alternative visions for the future of the university, driven not from the centre but from the margins, the borderlands, the places where the interesting stuff happens. As such, it should be read not only by those who already work in the margins, but by all academics, students, researchers and administrators from across the academy who wish to find out what they are missing.’ Gary Rolfe, author of The University in Dissent

‘This important new book is simultaneously a critique, a lament and a re-envisaging. It is a compelling portrait of the new topographies of higher education and a testament to the power, inventiveness and resilience of those who work within, across and beyond its new spaces.’ Ruth Barcan, author of Academic Life and Labour: Hope and Other Choices